Get fresh music recommendations delivered to your inbox every Friday.

Soul In Exile 3: Love Runs Aground

by The Hesh Inc. 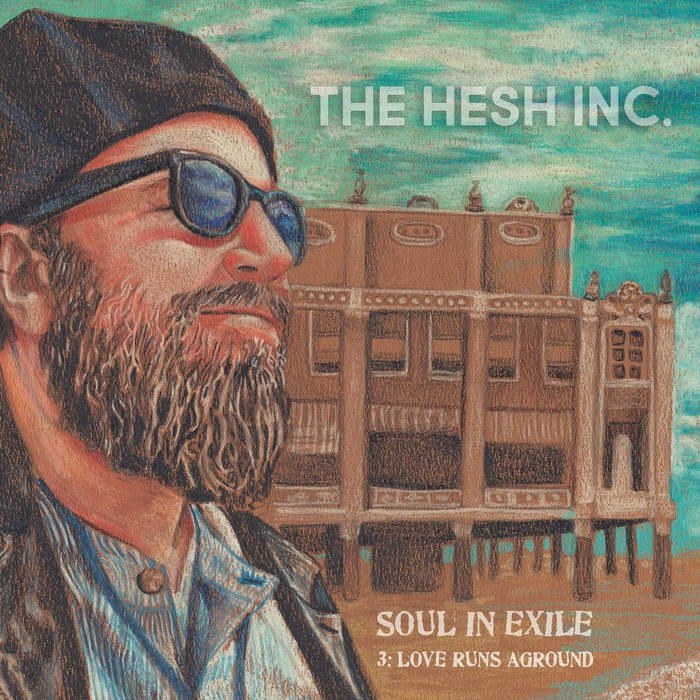 Hesh has been around for many years. When it comes to original music in New Jersey, I can remember as far back as the early ’90s seeing him perform in bars with piano and voice to many approving fans. When you talk to him about his past, his simple answer pretty much tells the story of yet another New Jersey original that not only made an impression but did so as he moved around. I had recently asked him to explain his musical goals, and he had this to say:

“This album is some 20+ years in the making! I began writing the songs when I was still in college up in Boston. The drummer, Izzy, I have known since my high school years, and I would rehearse early versions of the songs in the empty auditorium at the BU Hillel House. Then later, once both he and I were in the New Jersey/New York area, we put a band together and included one of the songs, ‘Love Runs Aground,’ in our regular setlist. Later on, I recorded keys-and-voice-only versions of the songs and put them out as the first ‘Soul In Exile.’ But I always wanted to put them out as full-band versions, and now here they are. Musically and lyrically, though, the songs are not the same as they were in that earlier version. A lot has happened in my life since then, and I rewrote quite a few of the lyrics to reflect that. Some of the music was revised as well, particularly in the song ‘Soul In Exile.'”

So, after speaking with him and getting the CD, I wanted to take a listen and give you my impression on the music, the players and the man behind the musical magic. First of all, I should point out that the cover depicts the wreck of the Morro Castle, a ship that caught fire and ran aground in Asbury Park in September of 1934. The CD cover, created by Natalia Kadish, is a perfect depiction of the aftermath of that tragic fire and the ongoing struggle of a city that has come back from disaster with a whole new set of problems.

Hesh continues to shine bright and create musical gems amongst his peers, and I always look forward to his next musical indulgence. This record not only proves that he still commands presence amongst peers, but it demonstrates the seasoned work of a songwriter with plenty left to say.

Bandcamp Daily  your guide to the world of Bandcamp